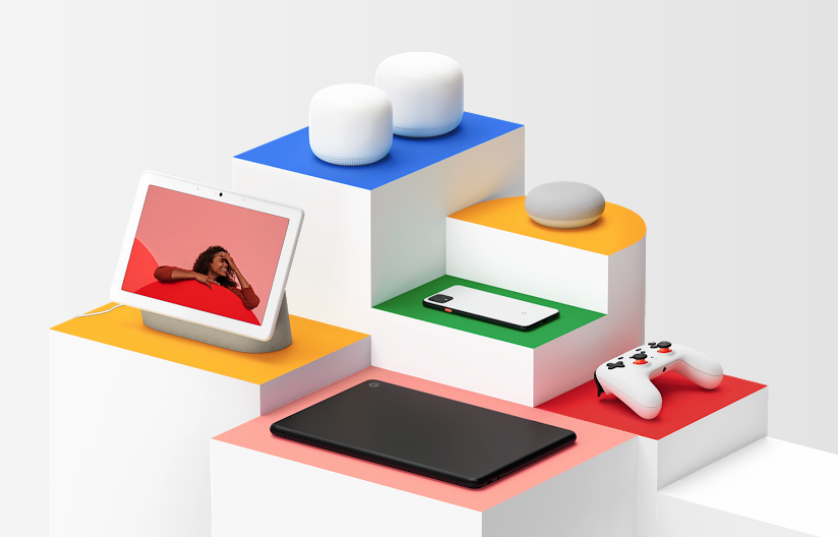 This year was a particularly exciting Made By Google, with several new product launches that we're sure you'll love (as well as a few price changes that will give you pause). We recap what went down and what to expect from Google this year.

The first (and one of the most exciting) announcements made at Made By Google 2019 was the arrival of Google Pixel Buds 2. Though “2” isn’t actually a part of the device’s name, they’re a second-gen version of the Pixel Buds.

Originally, the “wireless” earbuds were connected with a cord that dangled on the back of your neck and received audio from your devices via Bluetooth. Now, there’s no cord whatsoever, and Google has created a much sleeker pair of buds that could rival Apple’s AirPods.

All in all, these headphones are a great improvement, though they come with a $20 price hike over the Gen 1 Pixel Buds, which are unfortunately no longer available.

The announcement that most people were looking forward to delivered as always. The Google Pixel 4 is a great improvement on its predecessor, with lots of little upgrades across the board and a camera that continues to blow the competition away. Seriously, whatever Google is paying its Pixel camera team, it’s not nearly enough.

Design-wise, the Pixel 4 is a massive leap forward from Pixel 3. The new design is sleek, notch-free, and a step in the right direction.

Pixel 4 is the (expected) reigning king of Android and a great upgrade for Pixel 3 owners.

Continuing Google’s refresh of the Home lineup is the Nest Mini, which is yet another Google Home product to drop the “Home” branding. Despite the name change, the Nest Mini is extremely familiar, featuring the same physical design and features as the Google Home Mini.

Though the design is largely the same, the Nest Mini uses a high percentage of recycled materials, which is always great to see. It also comes in a new color, Sky blue, replacing Aqua/teal, and has a couple of great new features like wall-mounting and ultrasound sensing.

While the Nest Mini receives a number of new features, it is barely distinguishable from the 1st generation Google Home Mini. If your household already contains the original Home Mini, you might not need to upgrade just yet.

One of Google’s surprise announcements came with the new Nest WiFi mesh network router, replacing the previous Google WiFi router. The Google WiFi router was famously simple to use and easy on the eyes, putting it leagues ahead of just about every other WiFi router on the market.

The new Nest WiFi router sports an even better design that buyers are sure to love. It also doubles as a smart speaker, meaning it can do anything your Google Nest Mini can do.

For those who don’t know, this router is a mesh network router, meaning you purchase one hub router and then (if you need) additional WiFi points. These points allow you to expand and strengthen your WiFi network without having to purchase separate networks. Pretty handy!

Though the price jumped up substantially with this upgrade, Nest WiFi is likely going to be the go-to option for anyone who wants a simple, painless, and sleek WiFi router.

Finally, Google added a new entry model version of its Pixelbook, with the Pixelbook Go. Google’s line of Pixelbook laptops are still in a bit of a unique market niche, not having the same functionality as a traditional laptop but also being more powerful than a tablet or standard Chromebook.

The Pixelbook Go is Google’s answer to the MacBook Air, offering a lighter, more affordable version of their flagship Pixelbook. Despite having a smaller size, the laptop still packs a punch and will meet the needs of anyone looking for a simple laptop that can do the basics.

For the college student who just needs to take notes and write papers, or the user who just wants to check their email and watch YouTube, or the teen who needs a laptop for middle school, the Pixelbook Go is a lightweight, budget-friendly option.

Wondering what else was featured at Made by Google 2019? Visit the full livestream direct from YouTube here.

In addition, Google has setup a Made by Google page on their YouTube channel with videos of all products showcased.

All photos courtesy of Google.